I presented a Mayoral proclamation condemning Asian hate crimes and met with some Asian American residents in a photo-op demonstrating that the Mayor and the third largest city in the state fully support the condemnation of crimes against innocent Asian Americans. Pictured with me in the Warren City Hall atrium is leader Willie Dechavez, Rebeka Islam, Kartav Patel, Iqbal Singh, and Dan Moen. Also, they have provided the library at city hall with an Asian American display. 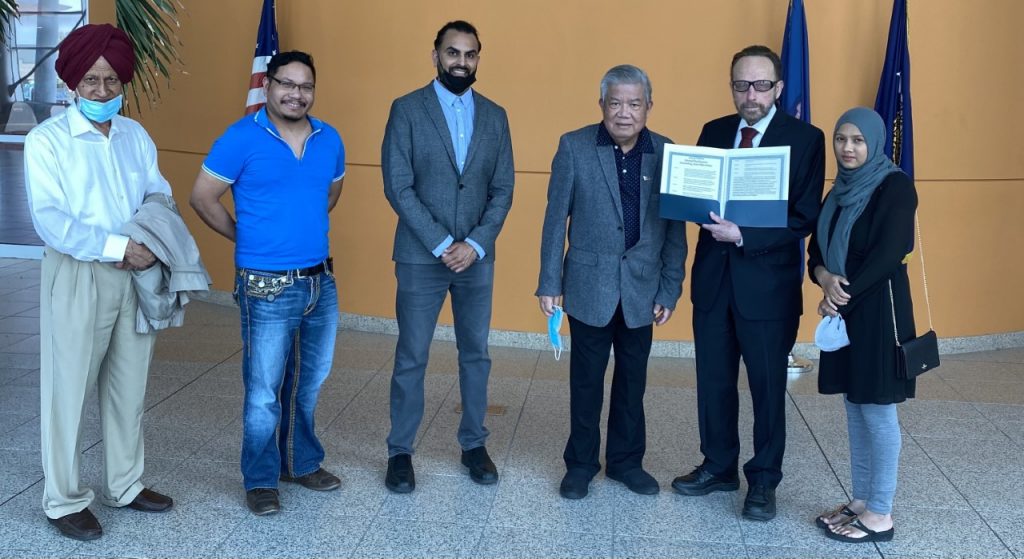