Prior to his current assignment in Warren, the Commissioner served 23 years with the Farmington Hills Police Department as Police Chief. Before Farmington Hills, he served 23 years with the Detroit Police Department, where he held the position of Commander of Chief’s Staff. Prior to that, he was in charge of the Narcotics Division for seven years, having risen through the ranks from the position of Patrol Officer. Commissioner Dwyer holds a Bachelor of Science degree from Mercy College and a Master’s degree in Criminal Justice from Wayne State University. He is also a graduate of the 97th session of the FBI National Academy.

He is an active member of the International Association of Chiefs of Police and is a past president of the Michigan Association of Chiefs of Police, in addition to having served as president of the Oakland County Chief’s Association and the Southeastern Michigan Chiefs of Police Association. Commissioner Dwyer has served on the Advisory Board of Directors for the Oakland County Narcotics Enforcement Team since 1987. He is the past chairman of the High-Intensity Drug Trafficking Area (HIDTA) and served as Vice Chair in September 2003. In 2001, he was appointed to the Federal Anti-Terrorism Task Force and is still presently a member. He was appointed by the Governor to serve as a member of the Governor’s Cabinet Council on Crime in 1989 and serves on the Commission on Children, Youth, and Families. He is on the Farmington Hills/Farmington Community Foundation and also serves as a member of the President’s Criminal Justice Advisory Committee of Rochester College and a member of the executive committee of Michigan Citizens for Handgun Control. He served as chairperson of the Oakland County CLEMIS Advisory Committee for 11 years.

In 2004, he was appointed by Governor Granholm to the Michigan Homeland Security Advisory Council. Governor Granholm appointed him to the Michigan Public Safety Communications System Advisory Board in April 2005 and re-appointed him in April 2006. He is a member of the Hundred Club of Detroit and serves as president of the Farmington Hills Benevolent Association. In 2005, he was awarded the Presidential Medal from the Michigan Association of Chiefs of Police. Commissioner Dwyer was appointed to the State Bar of Michigan Custodial Interrogation Recording Task Force in 2006 and became a member of the Community Outreach Impact Committee. In 2009, Commissioner Dwyer received the Collegian Award from Wayne State University. In 2010, Crime Stoppers of Michigan named him the Police Executive of the Year. The Commissioner is also an active member of both the Optimist Club and the Rotary Club.

Commissioner Dwyer is a graduate of L’Anse Creuse High School in Mt. Clemens. He and his wife Doris have two grown sons.

Most recently in 2019, Commissioner Dwyer was one of the founding members of the newly created Macomb County/Federal Task Force to fight against illegal Narcotic, otherwise known as F.A.N.T.O.M.

To serve the community and protect the lives, rights, and property of all people in the City of Warren with integrity, equality, and justice.

Value Statement
The core values of the Warren Police Department are

Integrity
Integrity, the adherence to moral and ethical principles and the consistency of honest and dedicated actions, is our standard. We strive to earn the trust and respect of those whom we serve and work with. We do what is right at all times because it is the right thing to do.

Professionalism
All members of the Department will conduct themselves in a manner that is consistent with professional standards for performance, both on duty and off duty. These standards include adherence to our mission statement and other core values. We perform our roles ethically and with integrity as we represent the Warren Police Department, regardless of the circumstances. We hold each other and ourselves accountable to these standards.

Employees
We value all who demonstrate self-motivation, dedication, and pride in their work and performance, along with the strength to adhere to what is right in all instances and actions.

Courage
Courage is not the absence of fear, but rather its mastery. We will remain courageous in our actions. We recognize that there are two types of courage: physical and moral. Physical courage is recognizing danger to oneself or to others, but persisting in our duty regardless. Moral courage is the adherence to principle, integrity, and dedication, no matter how easy it may be to do otherwise. It is putting character ahead of expediency and putting what is right ahead of what may be popular.

Respect
Respect means that we treat each other and the communities we serve as we would like to be treated: with compassion and dignity. Within the Department, we strive to ensure all members are supported and empowered, regardless of rank or position. Outside of the Department, we strive to partner with the communities we serve through transparency, accountability, and building mutual trust. We recognize that respect, as a value, must permeate every police action we undertake.

For information on the 37th District Court, including how to remotely view court proceedings, please visit 37thdistrictcourt.net.

For questions or concerns regarding the Americans with Disabilities Act with the police department, please contact our ADA Coordinator:

Note: Animals recovered by the city of Warren are relocated to an animal shelter in Mount Clemens. If you’re looking for a lost pet you feel may have been collected by Animal Control, contact Animal Control immediately at 586-574-4806. 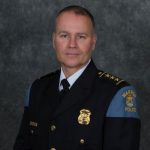 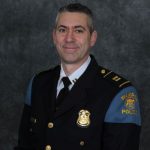 Captain Christian Bonett
Captain Christian Bonett has been with the Warren Police Department since August of 1998. Captain Bonett was born and raised in Detroit, and later obtained a Bachelor’s degree from Northern Michigan University. He is also a graduate of the Northwestern school of police staff and command. Captain Bonett currently oversees the department’s fiscal and budgetary issues, computer services, and emergency management. Previously, Captain Bonett was the executive Lieutenant of both investigative services, and the patrol division. 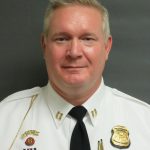 Captain William Reichling – Patrol Services Bureau
Captain William Reichling joined Warren Police Department in 2000 after serving with the Grand Rapids Police Department for over 4 years. Captain Reichling has worked as a patrol officer, Detective Corporal in the Criminal Investigations Division and the Special Victims Division, a Patrol Sergeant, a Training Division Sergeant and Lieutenant before being promoted to Captain of the Professional Standards Bureau.

As the Professional Standards Captain, he is responsible for the Training Bureau, Hiring and Recruiting, Records Department, Communications, Commander of the WPD Mobile Field Force team, Special Projects, and as the Accreditation Manager for The Michigan Law Enforcement Accreditation Commission (MLEAC) accreditation program.

Captain Reichling earned a Bachelor’s Degree in Criminal Justice Michigan State University. He is a graduate of Northwestern University Center for Public Safety School of Police Staff and Command.

Captain Reichling currently oversees the Patrol Division and Patrol Support Division. Prior to this assignment, he also served as the Captain of the Professional Standards Bureau, Michigan Law Enforcement Accreditation Commission (MLEAC) Accreditation Manager for the department, and Commander of the Mobile Field Force.

Check out the map

Michigan Concealed Pistol License application forms are available via the Michigan State Police and the Macomb County websites. Printed copies are no longer supplied by the City of Warren.

For information on gun registration in the City of Warren, please call (586) 574-4751 during normal business hours.

C.P.L. licenses are NOT issued by the city.

For information from the State of Michigan CLICK HERE.

Crime Stoppers
Be a Home Town Hero
Help out your community by providing information that will help solve a crime by calling the Warren Police or contacting Crime stoppers. The mission of Crime Stoppers is to empower people to make their neighborhoods safer. This is done by publicizing crimes that need solving and broadcasting information about dangerous fugitives, so that citizens can provide information anonymously and receive a reward up to $1000, if there’s an arrest based on their information. In 2007, more than 2900 tips were received from all areas of Michigan and over $55,000 were paid in rewards leading to arrests and closed cases.
Police Explorer Program

The Exploring program is a career orientation program. Exploring posts are sponsored by local businesses offering interested young adults the opportunity to investigate career opportunities before committing to a chosen profession. The Exploring program is open to all young adults who are at least 14 years of age and are not yet 21 years of age, live in or around the City of Warren and have no criminal record. Parental approval is required for all persons under 18 years of age. For more information please visit the Explorer website: warrenexplorers.org

Accident reports must be obtained online at the following website: clemis.org

PAL is a youth crime prevention program that utilizes educational, athletic and recreational activities to create trust and understanding between police officers and youth. It is based on the conviction that young people if they are reached early enough, can develop strong positive attitudes towards police officers in their journey through life toward the goal of maturity and good citizenship.

The PAL program brings youth under the supervision and positive influence of a law enforcement agency and expands public awareness about the role of a police officer and the reinforcement of the responsible values and attitudes instilled in young people by their parents. Studies have shown that if a young person respects a police officer on the ball field, gym or classroom, the youth will likely come to respect the laws that police officers enforce. Such respect is beneficial to the youth, the police officer, the neighborhood and the business community.

Our website is designed to educate the community on the advantage PAL has on our community as well as recruit new members to our program and provide as a resource to current PAL members.

Our programs are open to all Warren Residents (programs have age restrictions, see the sports page for more information). 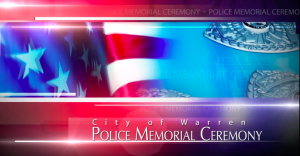 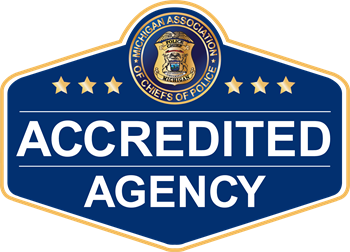 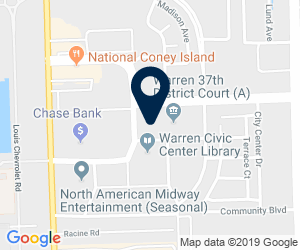