Warren City Hall has a new look, the city of Warren has displayed 27 historic photos or line drawings (list below) at city hall on all floors. Residents will be able to view and enjoy these historic Warren scenes on visits to Warren City Hall.

The photos on display include a 1926 photo of Claeys Plumbing Store at 13 Mile and Mound; Peck’s General Store at Chicago and Mound (1926); a 1960 photo of then candidate for President John F. Kennedy. (ATTACHED).

Also attached is a photo of Presidents Harry S. Truman and John F. Kennedy riding in a vehicle together, this one was given to Mayor Fouts by a Warren resident.

Line drawings include Warren Train Depot and Halmich Farms. “This display illustrates in graphic form the transition of Warren from a small rural farming town to the third largest city in population in Michigan,” said Warren Mayor Jim Fouts. “It’s a travel down memory lane.”

Photos and Line Drawings on Display at Warren City Hall 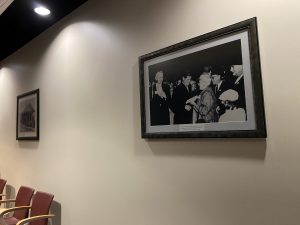 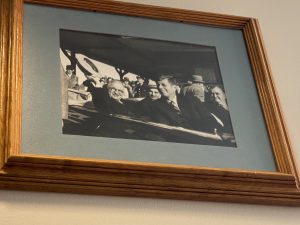 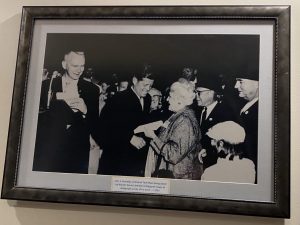