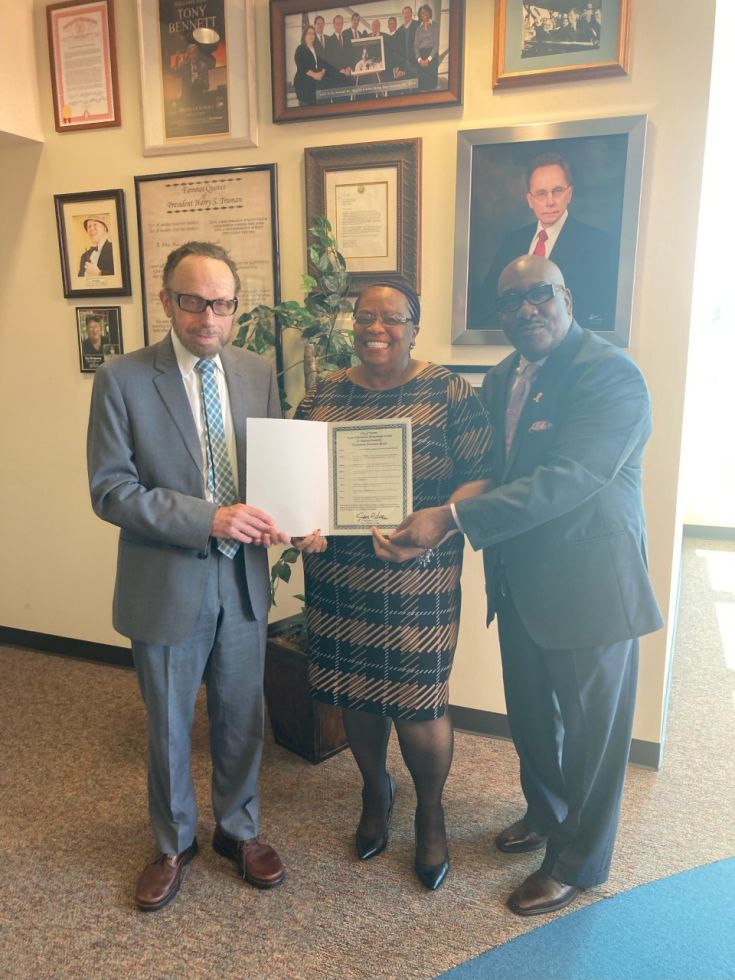 Mayor Fouts has issued a proclamation and has declared October 2022 as National Disability Employment Awareness Month in the City of Warren. Attached is the proclamation that was presented to Abdul Muhammad from PCSI, Inc. Also attached is the picture of the presentation featuring Warren Mayor Jim Fouts, Vicky Brooks Warren Diversity/Disability Coordinator, and Abdul Muhammad of PCSI. A photo of the Marquee outside Warren City Hall is also attached.